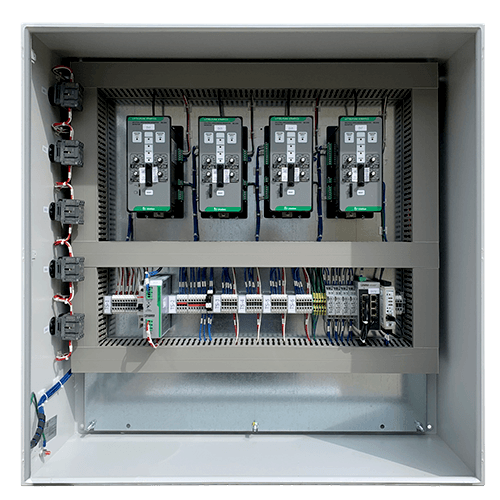 A ground fault results from any unintentional short circuit between an ungrounded conductor and the normally non–current-carrying conductors, metallic enclosures, metallic raceways, metallic equipment, or earth.

The arc from a ground fault is capable of destroying electrical equipment faster than over current protection can detect and clear the fault. This is possible because the system has sufficient voltage to maintain an arc between one phase and ground, but not enough current to operate a main breaker or fuse.

For this reason, a separate form of protection is necessary to safeguard equipment from low magnitude faults that are undetectable by over current functions.

Ground fault protection systems operate on the principal of an imbalance between neutral and phase conductors. When a ground fault occurs , energized components make contact with grounded components, resulting in current flow through the grounding conductors.

Current transformers are used to sense how much current is flowing through a conductor.